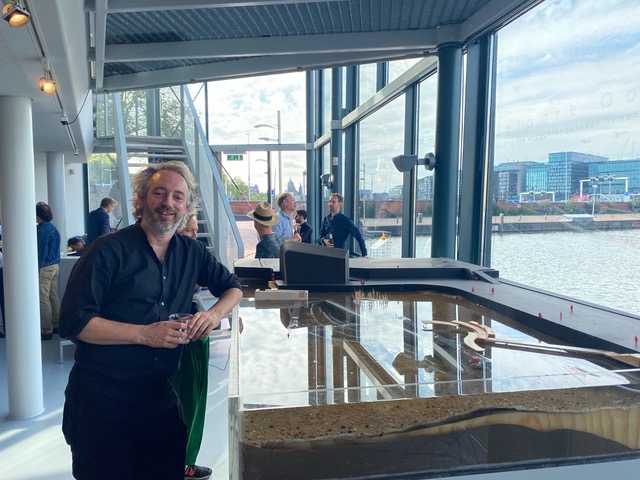 The model for an Eel Park in the Oosterdok, the result of speculative research by landscape architect Thijs de Zeeuw in collaboration with the Embassy of the North Sea, is now on view in the exhibition Fluid matter, Designing with water in Amsterdam in Arcam.

The Amsterdam water system regulates water levels and quality in one of the most densely populated areas of the Netherlands. Due to the urban growth and climate change, the system will be increasingly strained in the future. This means that choices have to be made, but this situation also offers opportunities for new ways of dealing with water. What choices do we have? How can we design with the water?

In the interactive exhibition Fluid Matter – Designing with water in Amsterdam, from 9 July – 27 November in Arcam Amsterdam, you will discover this complex water system through four new scale models: Houthavens/Haven-Stad, North/Schoonschip, City Centre/Kattenburg and IJburg/IJmeer.

Thijs de Zeeuw looks at the city from more – than – human perspectives. He created a concept for the Oosterdok, in which the barrier between land and water disappears. Because the landscape above and below the water is designed as a whole, it welcomes all users to discover this unfamiliar part of the city. The Eel Park is a place for encounters between humans and non-humans.

How do you shift design beyond being exclusively for people? Thijs de Zeeuw investigates ways in which the stakes of non-humans can be included in spatial design. In the Oosterdok, experiments with interventions have been carried out since July 2021 aimed at stimulating ecological diversity by listening to the stakes of non-humans. Part of the Eel Park are cube-shaped shelters for young adult fish, creating a quiet place where underwater inhabitants can retreat from the noise of shipping traffic. 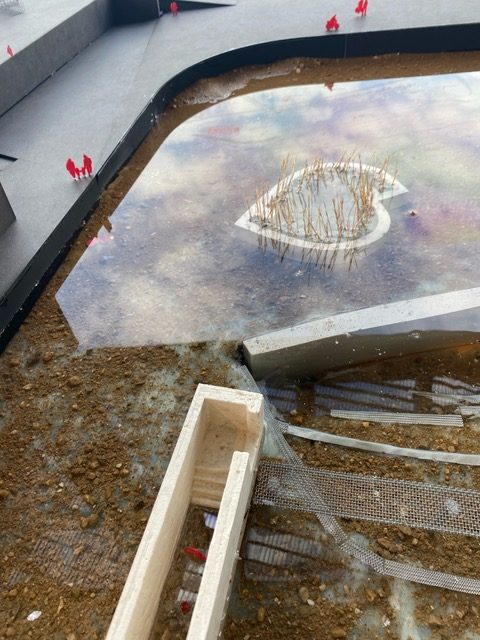 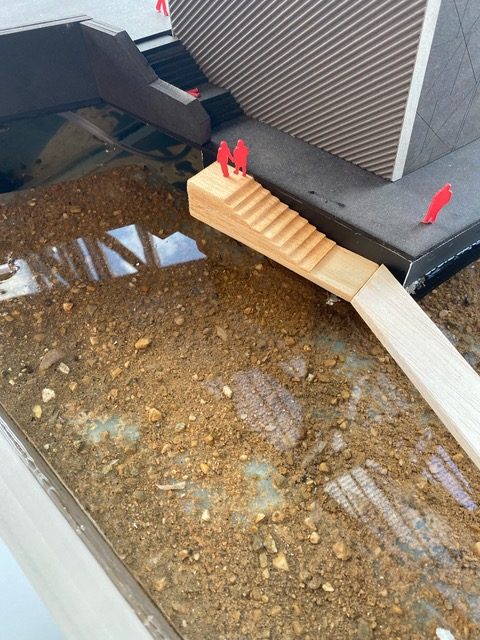 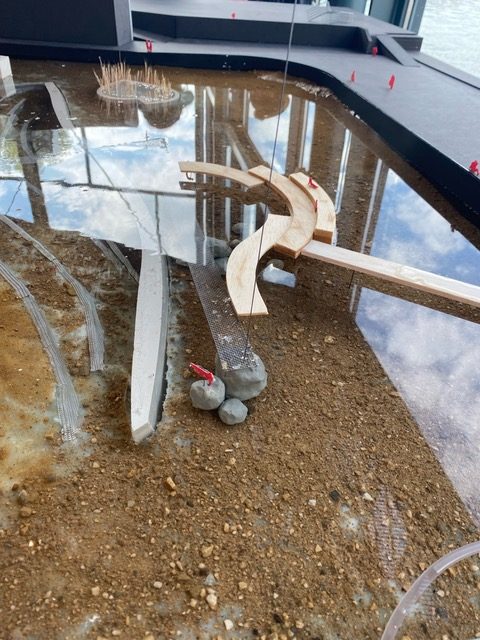