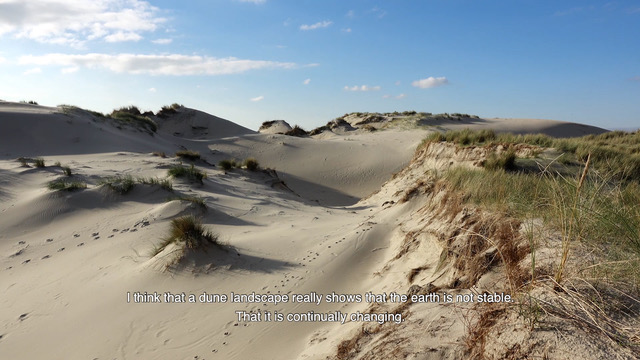 Future of the Delta

The Delta Works are a modern symbol of makeability and human supremacy over the North Sea. Following the North Sea flood disaster in 1953, we decided to put up a solid fence, to keep the sea at bay, like a neighbour who we do not entirely trust. In response to sea level rise, biodiversity decline, salinisation, desiccation, flood risk and soil subsidence, however, this approach to coastal defences and the makeable self-image of the Dutch people is coming under increasing pressure.

Scenarios for tackling these problems in the future are diverse, ranging from a metropolis in the dunes and shifting the cities further eastward, through to an industrial grid with floating cities. Since 1930, we have fantasised about building a dyke to seal off the entire North Sea. All these scenarios have one thing in common: their central focal point is the human. Although the ecological consequences are appreciated, the primary objective is a shift in the use of ‘natural resources’, and ‘economic viability’. Non-humans are not even considered unless they contribute to the income of the human residents of the Netherlands.

The hard, modernistic dividing lines formed by the Delta Works have in part removed the freedom of movement of the water, sand and other communities. As a consequence, the self-determination and options available to the sea and the delta to interact have been reduced. Action groups calling for an open Oosterschelde have come up with a radically different answer to the problem of sea level rise: they wish to once again allow the sea to flow freely into Zeeland, and in that approach see more opportunities than threats for both the people of Zeeland (as fisherfolk) and nature. Could sea level rise actually force us to re-establish the dialogue with natural processes and non-human populations?

The Future of the Delta team is considering the question how we can best listen to the various Delta communities and how we can enter into dialogue with non-humans. Via a series of reconnaissance operations and fieldwork, we hope to contribute to a more inclusive approach to spatial planning along the coastline. Within this study team, artist Theun Karelse is focused on the question how an open Oosterschelde can be turned into a listening environment. Prof. Maarten Kleinhans will use the concept of time travel to describe the development of the landscape of Zeeland around the Oosterschelde over the past 8000 years, and to speculate about the future. Finally, in his role as storyteller, Darko Lagunas will be carrying out ethnographic research into the interests and priorities of human and non-human communities for the future of the Oosterschelde.