We began with a question: ‘What does the North Sea do?’ The aim of the Embassy is to listen to the sea as closely as possible. Research teams consisting of artists, scientists, authors, marine biologists and policy makers listened to the sea during four projects: ‘A Voice for the Eel’, ‘Underwater Noise’, ‘Future of the Delta’ and ‘The Underwater World of Offshore Wind Farms’.

Using the listening techniques developed in Phase 1, the North Sea can now be seen, heard, felt, smelled and tasted in a new form of political activism. In this phase, the focus shifts to representing the North Sea and increasing its presence in politics and society.

After the speaking phase, the Embassy will commit to diplomatic means of bringing about a more North Sea–inclusive democracy. An important part of this phase involves implementing newly gained insights into the current web of human laws, interests and regulations.

This year we followed up on earlier projects — A Voice for the Eel, Underwater Noise and Future of the Delta —and launched a fourth one about the underwater world of offshore wind farms. We also started developing the Audement, an architectural design that allows people to listen to the political voice of the North Sea. The Embassy of the North Sea is increasingly being invited into circles of policy makers, such as the European Maritime Day 21 in Den Helder. We have also received commissions from Re | Nature in Den Bosch, Amsterdam Museum, DROOG and the EYE film museum in Amsterdam.

Advancements in the rights of nature and the political participation of non-humans are happening all over the world. To help understand these developments, Laura Burgers and Jessica den Outer—experts in the law and the rights of nature—were commissioned by the Embassy to author the Compendium Rights of Nature: Case studies from six continents. The publication was designed by Corine Datema.

On 23 September, the English-language edition of the compendium was presented in collaboration with Het Nieuwe Instituut during the 2021 Architecture Biennale in Ocean Space, Venice. 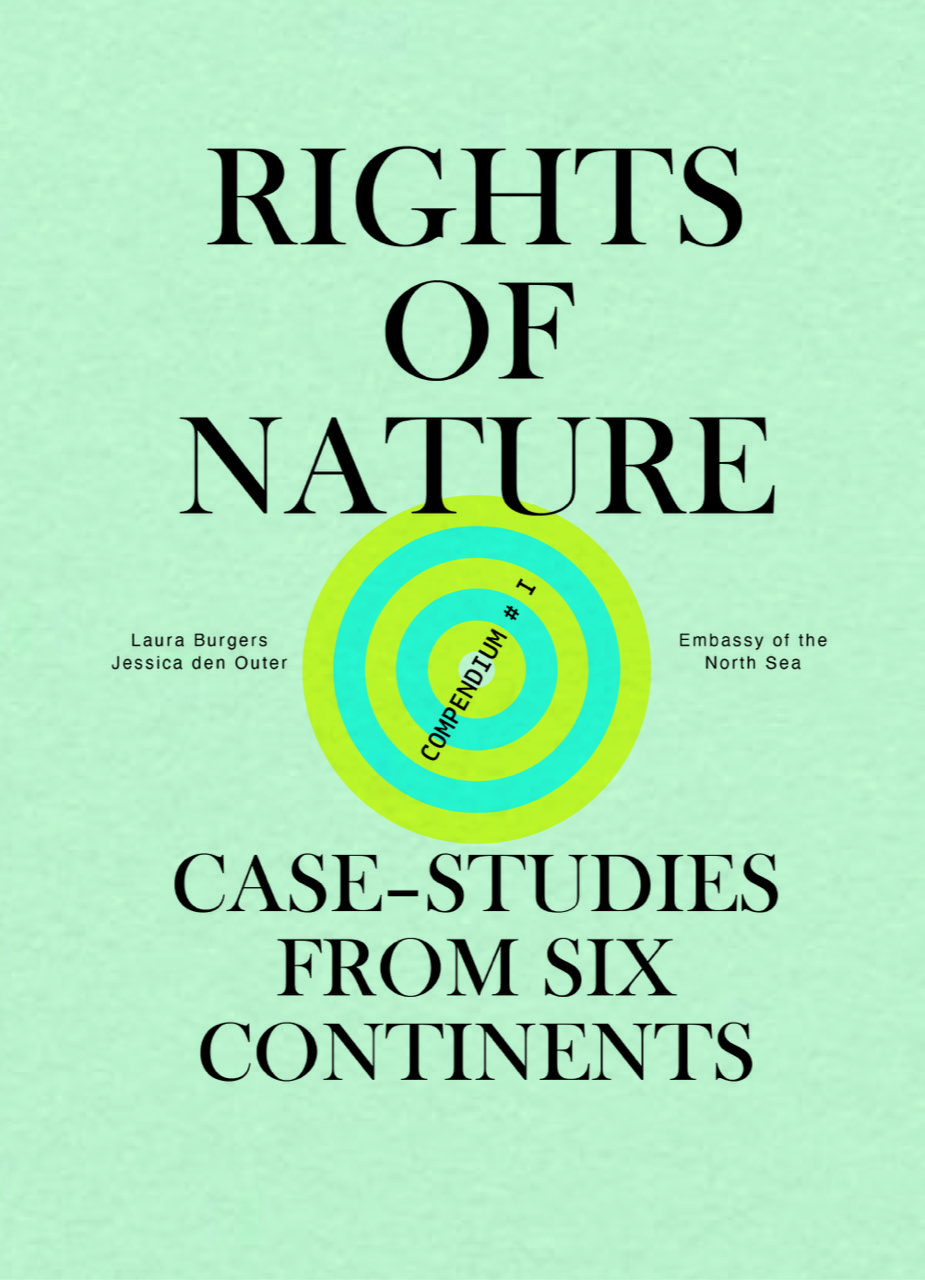 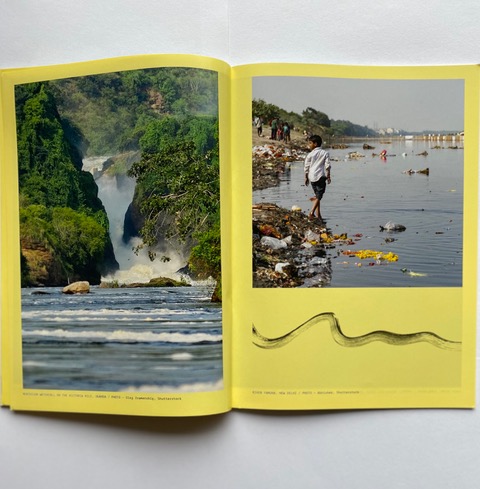 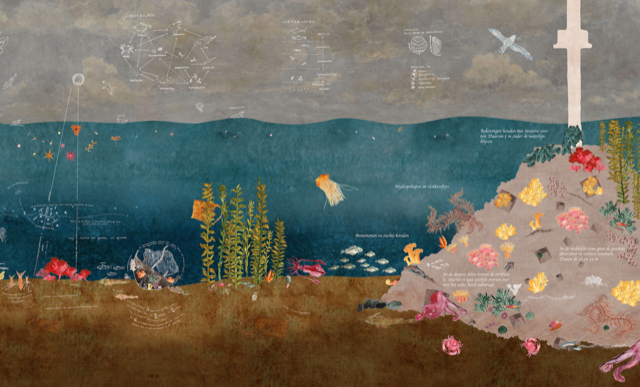 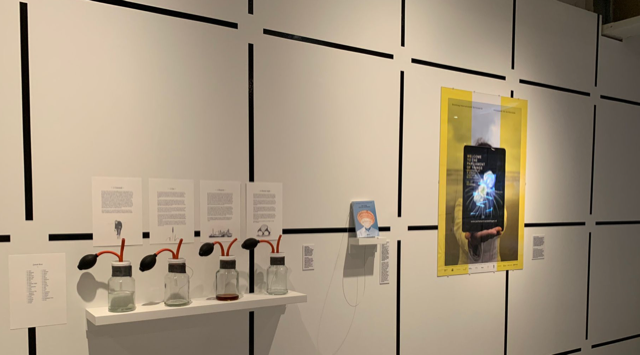 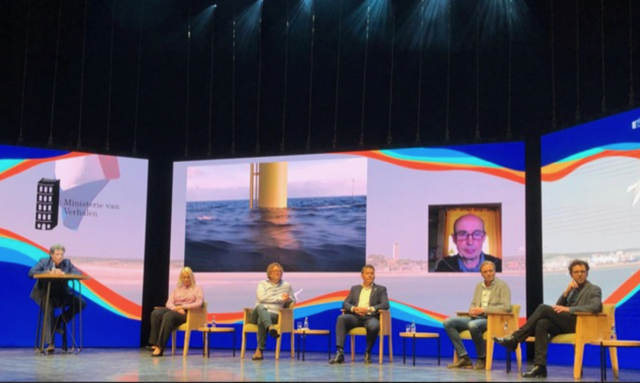 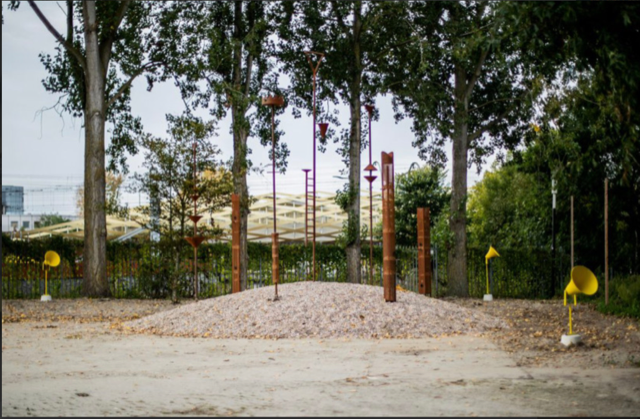 2020 centred around three research projects: A Voice for the Eel, Underwater Noise, and Future of the Delta. Multidisciplinary investigation teams presented their findings on how non-humans can be better represented, working with communities in Amsterdam, on Texel and in and around the Oosterschelde.

The primary public engagement event in this pandemic year took place from 18 to 27 November, when we presented the results of the research projects at the Marineterrein in Amsterdam. Our central exhibit, Welcome to the Parliament of Things, was held in De Studio of the NEMO Science Museum and included digital meetings, presentations and programmes with thousands of participants. It was part of this event that the Spinozalens was presented to French intellectual Bruno Latour, whose work served as an inspiration for the Embassy of the North Sea.

On 24 November in Felix Meritis, a historic centre for art, culture and science, Latour received the Spinozalens from the mayor of Amsterdam, Femke Halsema. Additional lectures and exhibits were organised at a variety of locations around the Netherlands, including Radboud University Nijmegen, Garage Rotterdam, De Studio of NEMO, ARCAM and SPUI25. Twenty-five school classes took part in the Parliament at school, which revolved around the MSC Zoe disaster, and the student design challenge Give a voice to the North Sea was organised in collaboration with the Technical University of Twente.

In November we worked with Boom publishers on a collection of essays, The Voice of the North Sea, which was nominated for the Socrates Cup. Other projects included the olfactory artwork ZEELUCHT and an educational research field kit. On 4 December, we received the Groeneveld Prize for our ‘special commitment to the debate on nature and landscape in 2019 and 2020’. 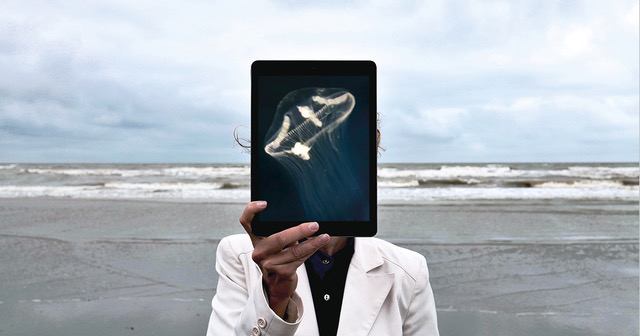 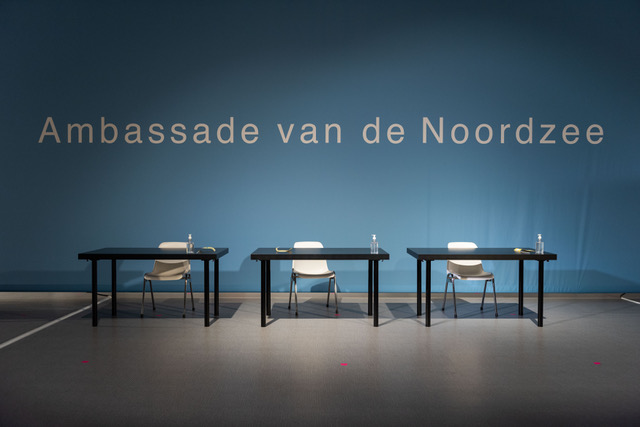 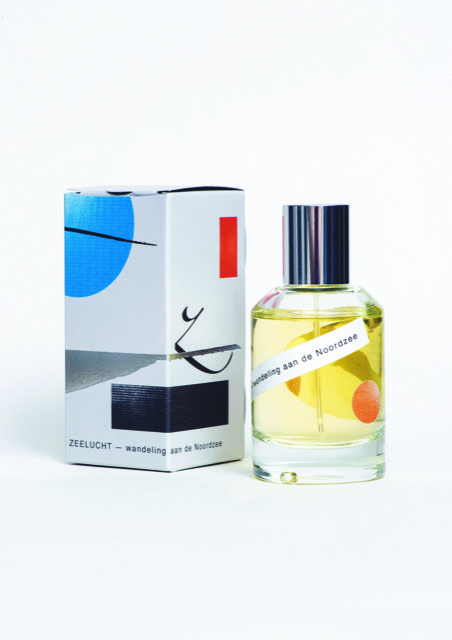 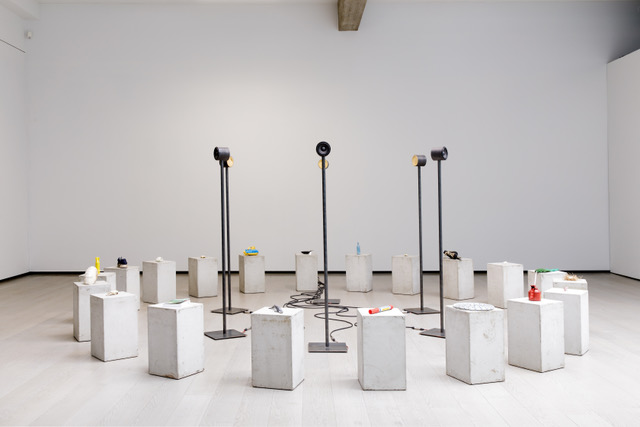 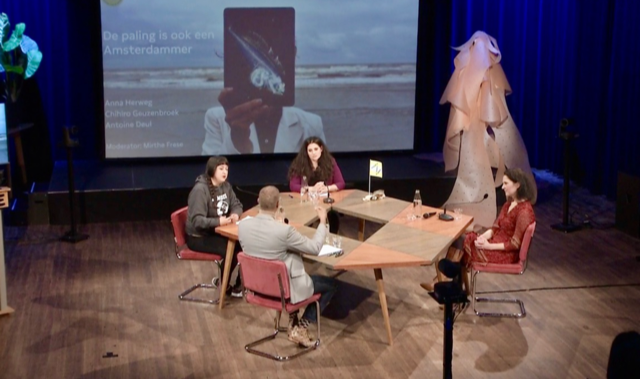 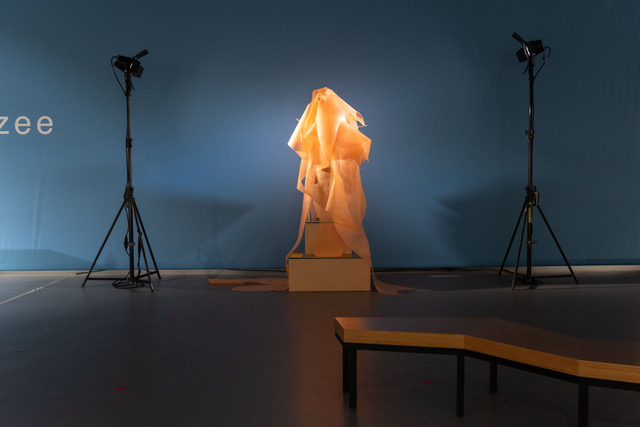 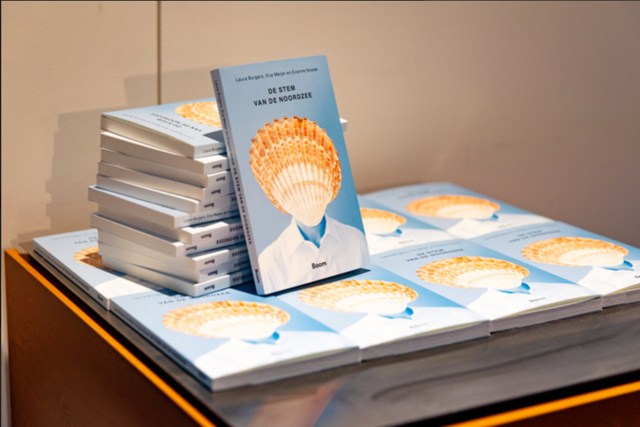 This year, the latest United Nations Harmony with Nature report cited the Embassy of the North Sea as part of a growing movement working ‘towards a non-anthropocentric or Earth-centred paradigm, with emphasis on legislation, policy, and education’.

We began by collaborating with artists Carmen Schabracq, Frank Bloem, Valerie van Leersum, and Arne Hendriks; designer Axel Coumans; and composer Stef Veldhuis. They played an indispensable role in shaping the early conversations between humans and non-humans. Their projects were presented through workshops and explorations in which the public was made an active participant. These included a symposium in Museum Beelden aan Zee in March and the three-day Listening to the Sea event in July, which took place on the beach in Scheveningen as well as in four locations around The Hague. In November, we organised the Swimming in the Anthropocene programme in Het HEM Zaandam, which featured a dialogue between the artists and the public. That same month, we bid goodbye to the Holocene with a mourning ritual in Amsterdam, Funeral of the Holocene.

By using art and design to appeal to all the senses and sharpen the perception of the public, we have opened up a space for new perspectives on the sea. Playful and interactive projects served as conversation starters and helped to make our research more accessible. In order to further the collaboration between artists and the research groups, we decided to launch three integrated projects in 2020. 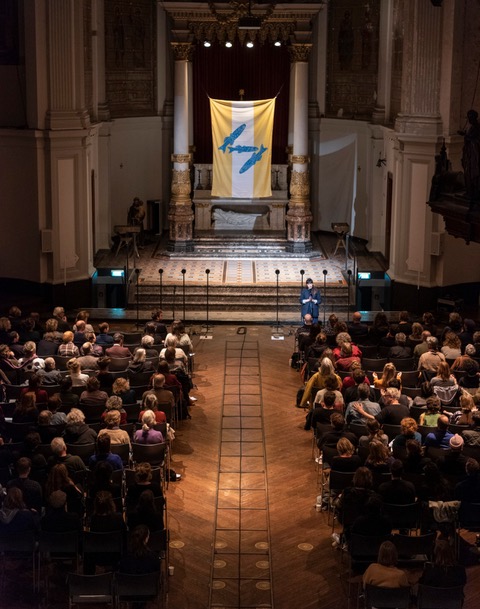 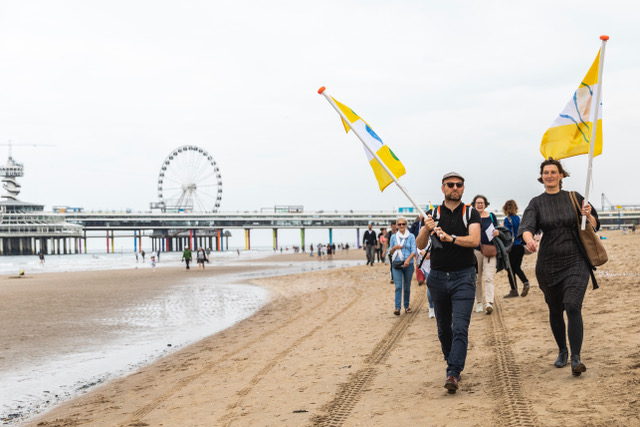 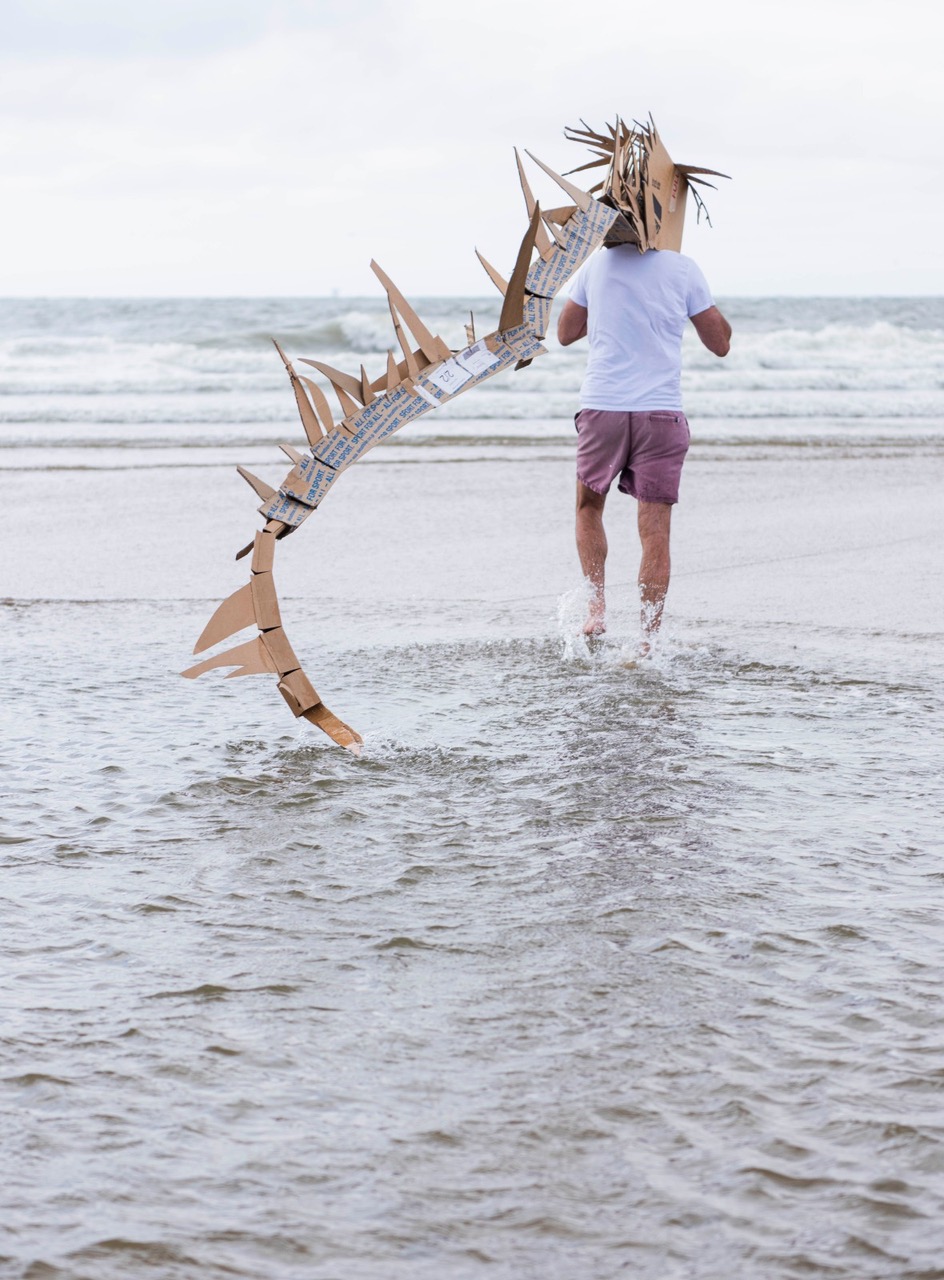 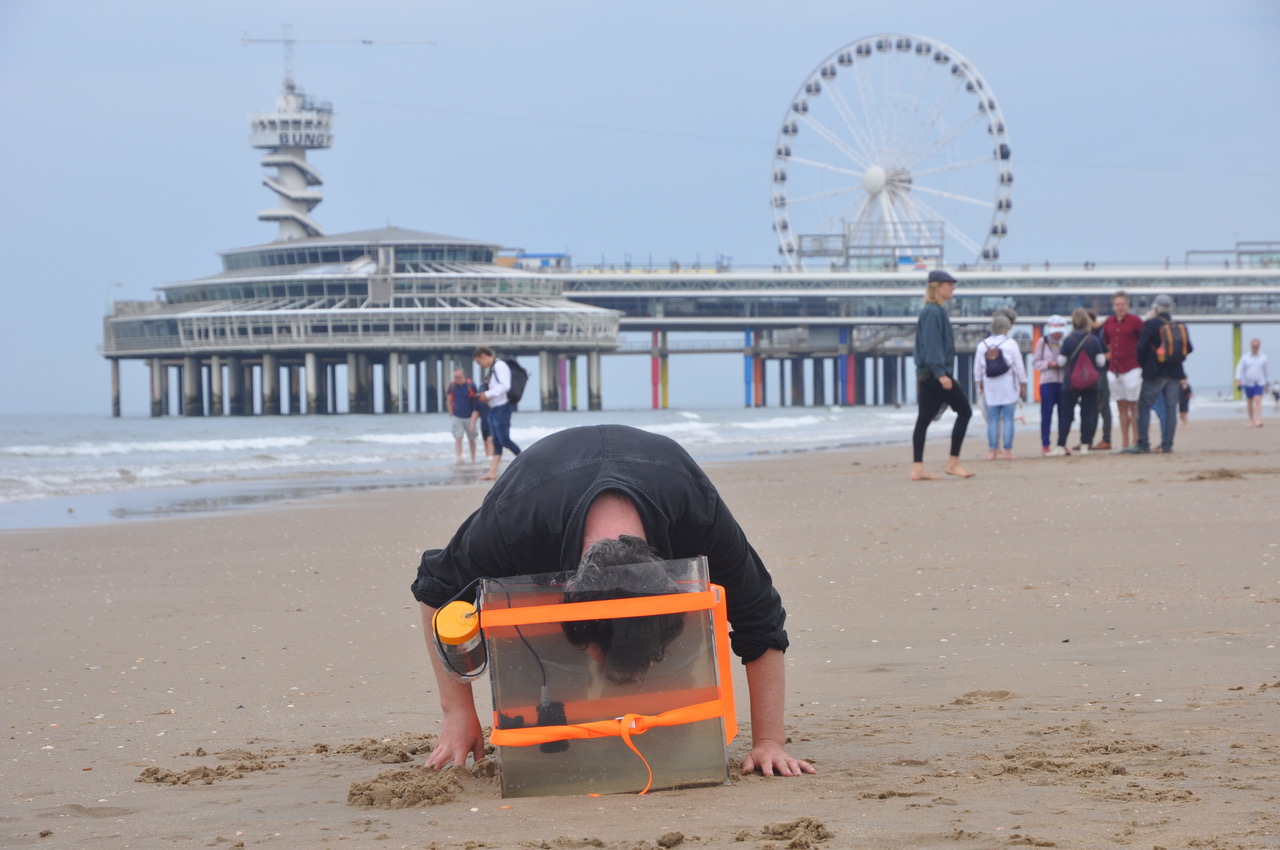 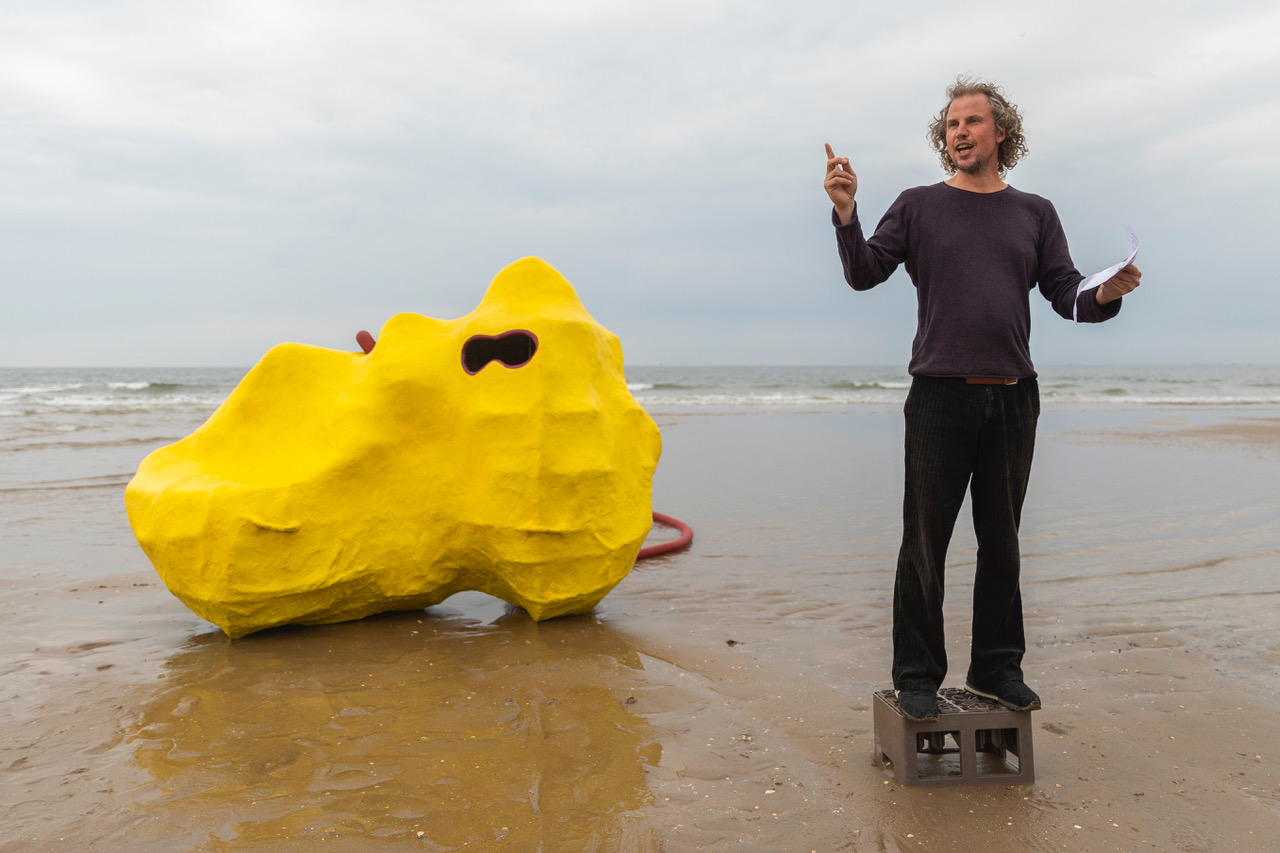 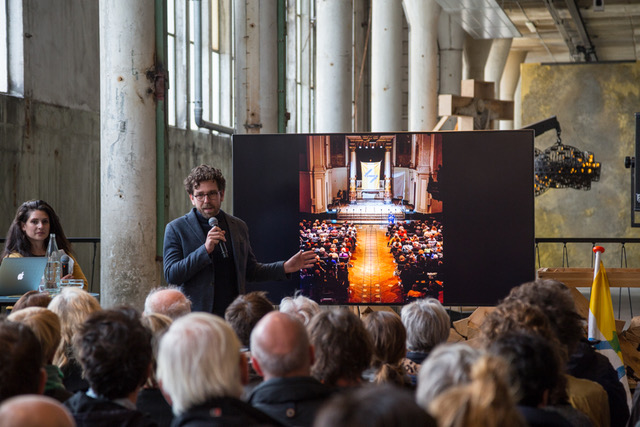 As a result of various preparatory workshops, and in the wake of the Parliament of Things (2015–2017), the Embassy of the North Sea was established on 1 June 2018 at the Lange Voorhout 19 in The Hague. Its founding principle was straightforward: the sea is its own.

Here, we have advocated for the North Sea as an independent entity, as its own political body with the right to self-determination beginning in 2030. As of 1 June 2018, we have recognised the North Sea as a political partner, whose constituency ranges from France to Norway, from the seabed to the stratosphere, and includes everyone and everything that uses the sea. From microscopic users such as plankton to much larger users such as humans and whales. From distant horizons and tides to localised waves and currents. The next twelve years will be a time of organisation and negotiation for a sovereign North Sea.

Working for the future in a historic location

On 30 November 1813, the temporary Dutch government met at the Lange Voorhout 19 in The Hague. The prince and future king William I had only just arrived from England, and after his initial welcome he waved from the balcony and gave an impassioned speech to the assembled crowds.

‘My fellow Countrymen! After a separation of nineteen years, and after so many trials and tribulations, I have experienced the indescribable pleasure of being unanimously called back into your midst.’

It is on this historic site that the Embassy of the North Sea was founded. King William I had come by sea. The Dutch and the sea have always lived together. It is a source of wonder and a source of nourishment. The country itself was born of it. 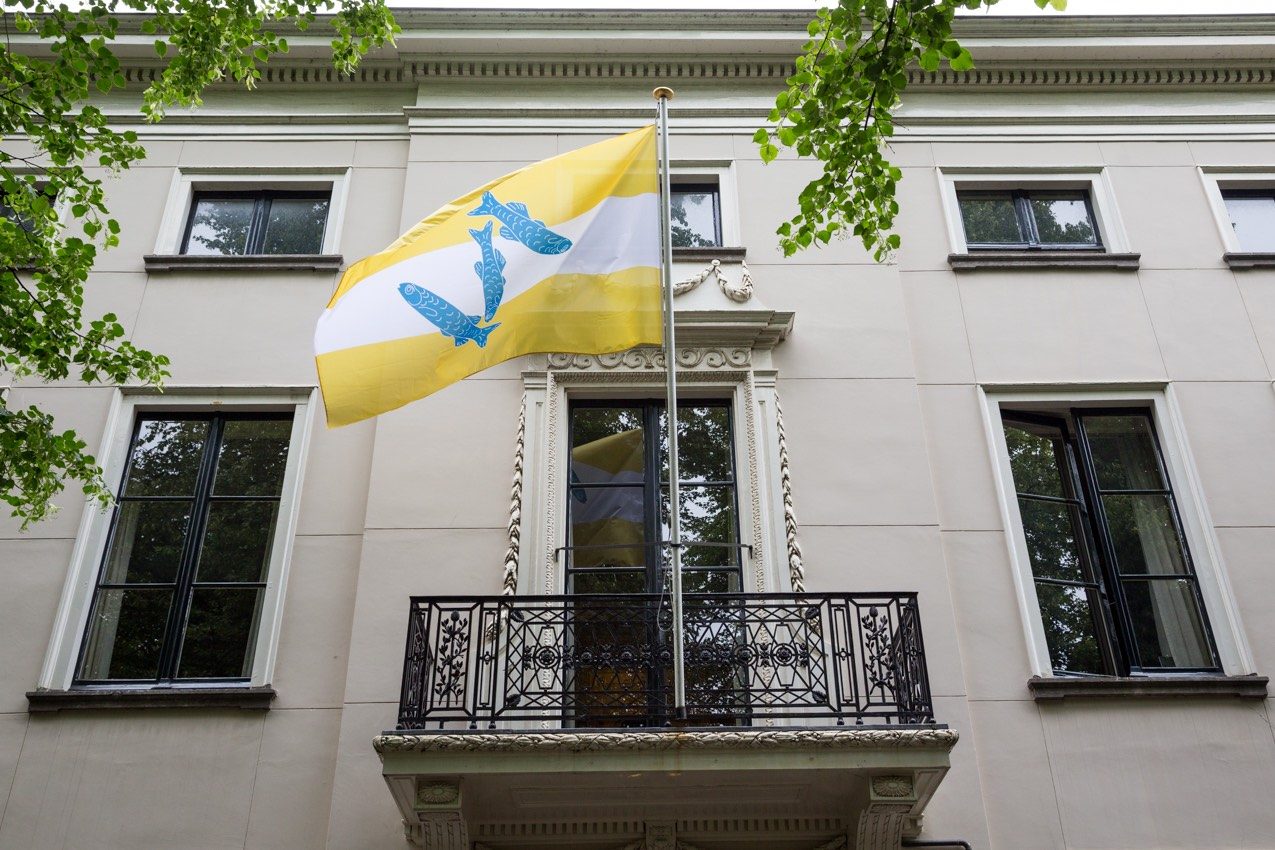