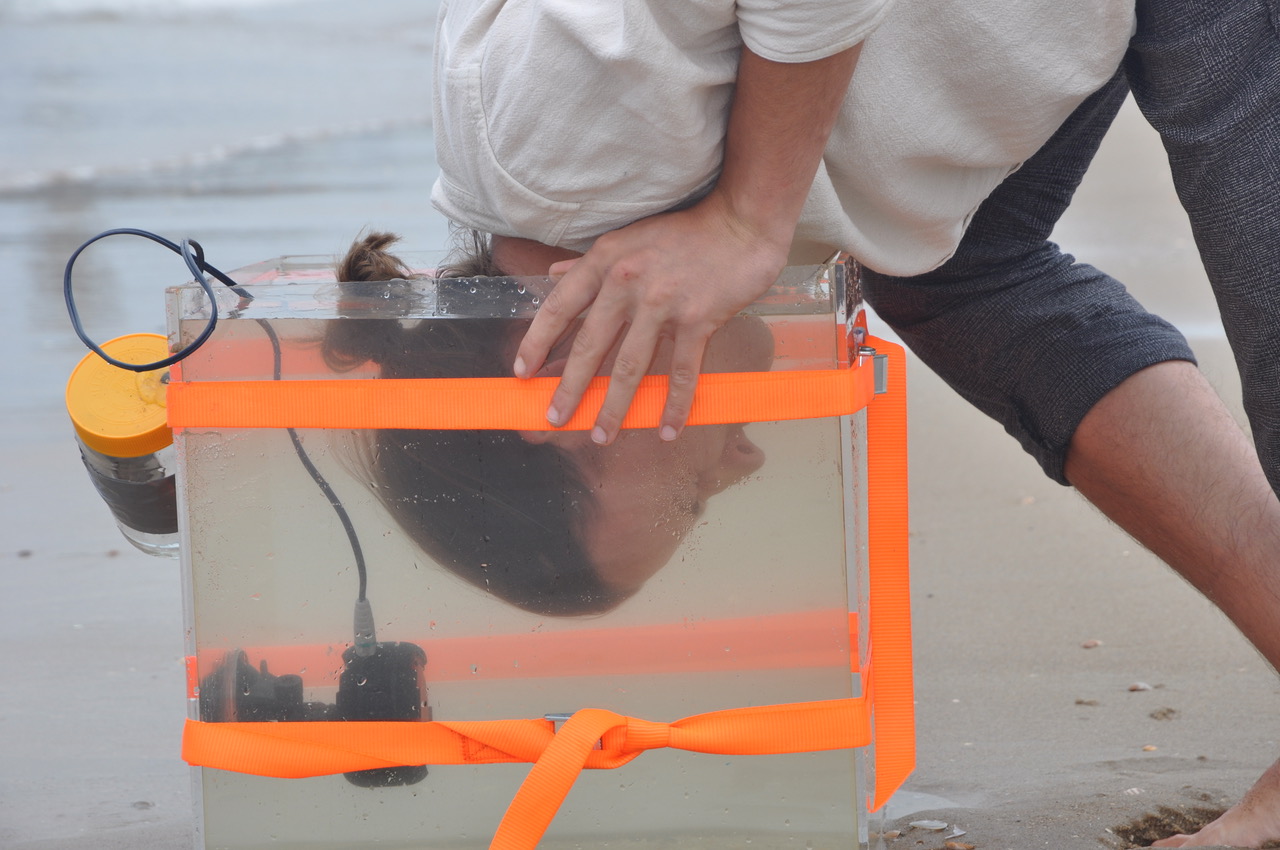 Underwater Noise in the North Sea

Humans are not able to hear well underwater. It was long believed that this was because the world below sea level was a silent world. Indeed, in most wildlife documentaries, there is very little to be heard when the cameras dive underwater. What we mainly hear are bubbles, and perhaps vague wave noise. The first film in which the underwater world was revealed to a broad public was in fact named Le monde du silence (The silent world, Jacques Cousteau, 1956). However, nothing could be further from the truth. It is anything but silent underwater. If we listen to the noise below the surface of the water, a completely new world is revealed, about which there is still a great deal to be learned.

It turns out that much marine life experiences nuisance from noise caused for example by shipping and construction work. In the past few years, the consensus has been that plastic and fishing cause the greatest problems for non-humans in the North Sea, but human noise in fact also causes considerable nuisance. Many animals in the North Sea actually communicate and navigate via sound. If that sound is disrupted, animals are no longer able to locate each other, and experience problems in direction finding.

Fortunately, there is an increase in research into noise nuisance underwater, including the JOMOPANS (Joint Monitoring Programme for Ambient Noise in the North Sea) project undertaken by Rijkswaterstaat in collaboration with all the countries around the North Sea. At locations spread across the North Sea, sound recordings are being made to determine how much noise is produced by human activity. We are also learning more about the ways in which marine animals hear and communicate. The result is a picture of a landscape of noise (or a soundscape) below the surface of the sea, through which marine life moves.

You could argue that research of this kind is being undertaken on behalf of marine creatures. After all, they are the ones who suffer from human-induced noise nuisance. Through their measurements and models, scientists are as it were representing the marine animals so plagued by noise. The Underwater Noise in the North Sea Team is also interested in that representation process. How, via our measurements and underwater recordings, can we better understand the way in which this underwater soundscape is perceived? And what is impact of these noises on the cohabitation of the North Sea by humans and non-humans?