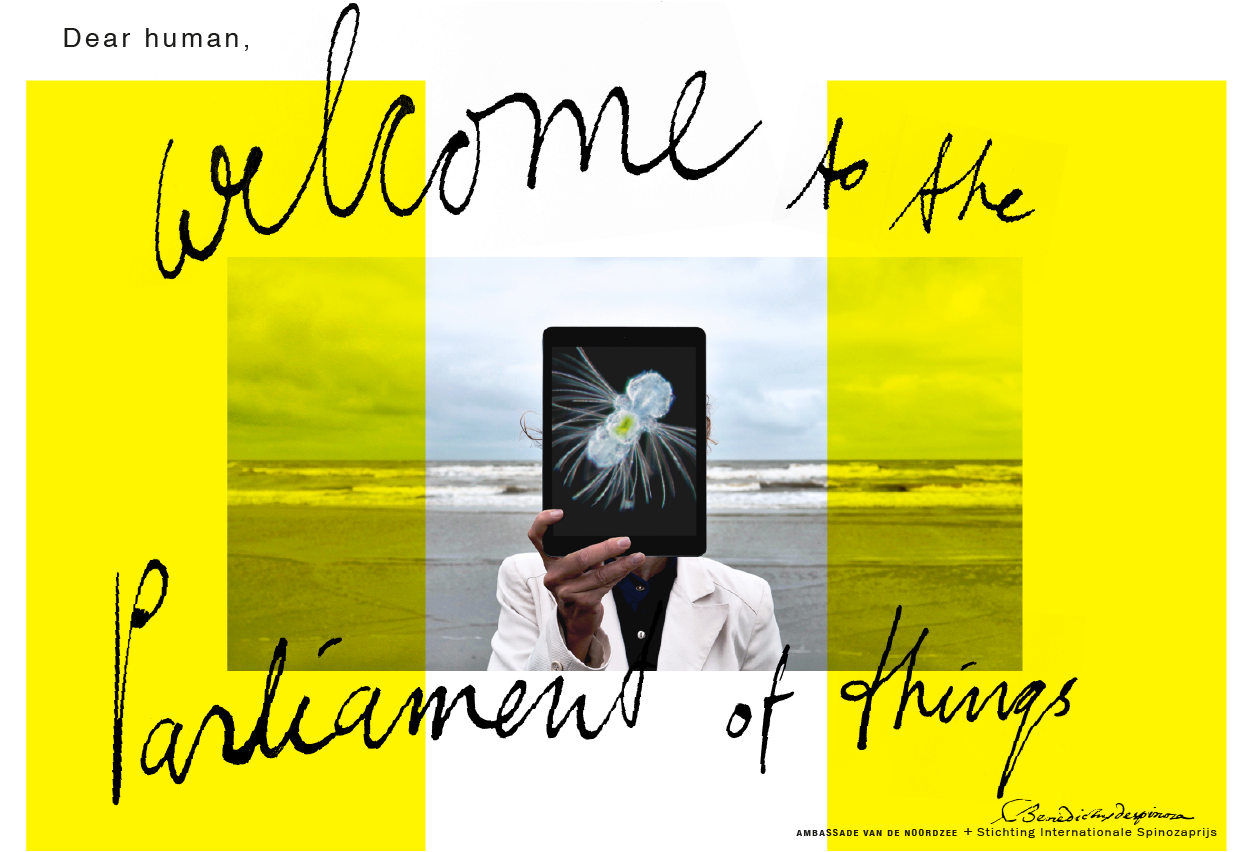 Welcome to the Parliament of Things

On November 24 2020, the French sociologist and philosopher Bruno Latour (1949) was awarded the Spinozalens 2020 by Mayor of Amsterdam Femke Halsema in Felix Meritis, Amsterdam. In the context of the award ceremony, the educational and public programme Welcome to the Parliament of Things was launched from 19 – 27 November 2020 at various locations.

The Spinozalens is awarded every two years to a philosopher who has made an important contribution to society. According to the Spinozalens jury, Latour has been a pioneer who placed the relationship between technology, human behaviour and sustainability clearly on the agenda. As far back as the early ninety nineties, he formulated the highly innovative principle that non-humans (animals, plants, rivers, seas, etc.) also deserve a voice in our democracy. Since that time, he has regularly called for the establishment of a ‘parliament of things’.

Latour’s thinking about the political representation of non-humans is a source of inspiration for many and the reason for a series of educational projects and public activities at, among others: Radboud University Nijmegen, NEMO’s De Studio, De Balie, Spui25, Filosofie in Den Haag and the Schrijversvakschool Groningen. Various secondary schools participated in the educational programme The Parliament at school and the design challenge Give a Voice to the North Sea was organised for students.

The manifestation Welcome to the Parliament of Things was organised by the International Spinozaprijs Foundation and the Embassy of the North Sea in collaboration with many partners.